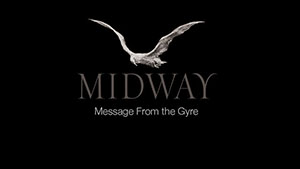 Strategic News Service (SNS) is pleased to announce the world premiere of the film “Midway,” about the albatross of the Midway Atoll, at the prestigious Toronto International Film Festival in September.

Early clips from the film were presented to Future in Review (FiRe) Conference attendees and Strategic News Service members in 2012. Each year, FiRe carefully selects films that address very important strategic issues at the intersection of technology and social change, to screen for the conference’s world-changing attendees.

“Midway helps us to understand that the ocean is a treasure, and not a dumping ground, and that it provides a connectedness among all living things, rather than a separation,” said Mark Anderson, CEO of Strategic News Service and Chairman of the FiRe Conference.

In the words of director and artist Chris Jordan, “‘Midway’ explores the plight of Laysan albatross plagued by the ingestion of our plastic trash. Both elegy and warning, the film explores the interconnectedness of species, with the albatross on Midway as a mirror of our humanity.”