The Challenge: Getting to zero loss of crown jewel IP. 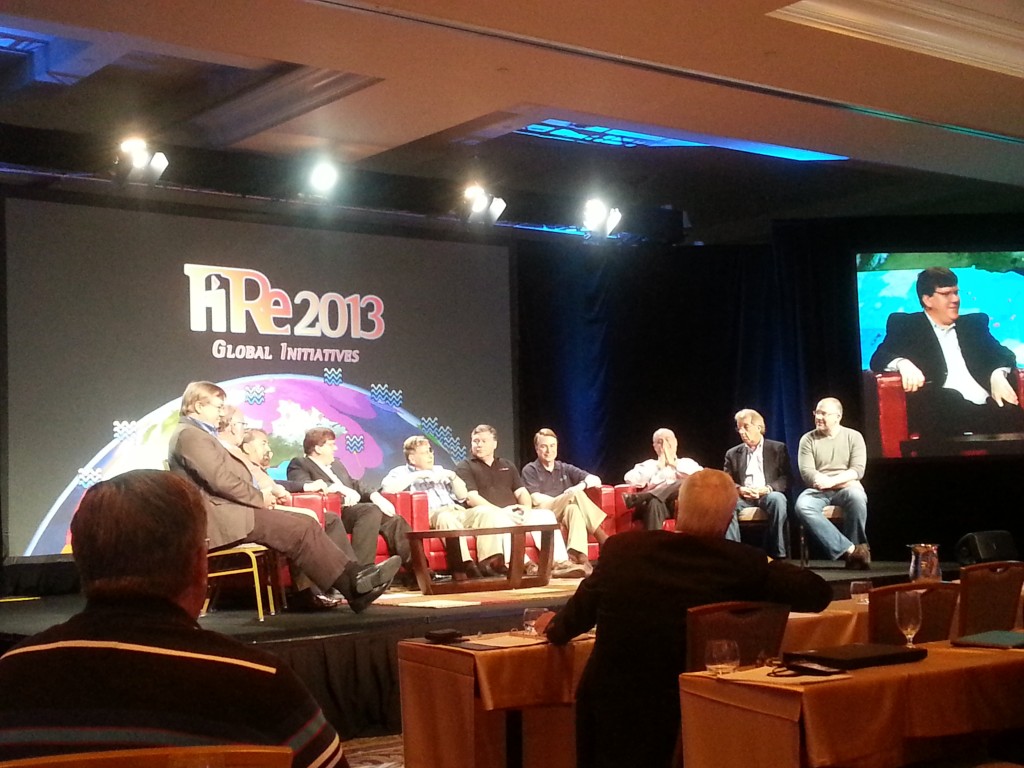 Ty Carlson reports on the team’s progress. There is no silver bullet, he says, but the key is that we communicate that we are broadly under attack and that we must take very clear and measured steps to address this. Unless individuals within companies and organization and government understand the value of information, we won’t be able to address this at scale.

Richard Marshall advises the team not to rely on government response. Instead, he says, we should be leaning on ISPs, even bribing them.

Larry Smarr: The companies that have crown jewels to protect can get together and share information.

Steven Sprague: Prosecute this list backwards. “I guarantee there’s somebody on the planet that thinks Microsoft’s stolen some IP from them.” “The list is excellent. The problem is it’s not what we should do. We need to lead. We need to lead from the top.” Our top companies are using voyeurism as their business model. “‘We’re pregnant’ is crown jewel IP” and all the advertising that results.

Voyeurism is in every start-up business proposal.

Mark Anderson liked the separate nets idea. “I think that’s what the military does and that’s the only thing that I’ve ever seen work.” Likes idea of payloads and phone-home. Likes separate keystone, parsing ideas out into separate entities. “It’s a propaganda campaign that we need to mount here so that people feel good about protecting IP.”

Could we create a world where all data has GIS tags so that it knows where it can be?

Instead of encrypting the data, could the operating system play a shell game?

What can we do that will enforce not giving IP to China?

Ty Carlson says we need to become consistent about what our message is and how we portray it. Until we take a stand, until someone’s actually under lock and key, it’s not going to change.

For the first time in the history of the CTO Challenge, the majority of judges (Marshall and Sprague) gave the team a thumbs down. They did not create a checklist that would allow a CIO to fully protect crown jewel IP. However, they did create an excellent and full ecosystem of the challenges that exist and an excellent first take at a seriously hard problem.