Tim, how do you see Britain’s economic future?

In a nutshell, the old French jibe that Britain is a nation of shopkeepers comes to mind. At last someone (Andy Haldane of B of E) has published a good paper to refute the bankers’ claim that the city is so important to the UK economy.

There is much talk of doing something about excessive executive pay. The government are “consulting”. I’ve yet to hear anyone suggest that outside directors who are involved in corporate remuneration committees should be both elected and paid solely and directly by shareholders (aka owners) rather than the corporation. FTSE 100 senior execs getting a 49% pay rise (aided and abetted by pay consultants) when the general population suffers falling real incomes is not smart.

The UK’s economic future looks grim. If the usual technique of attracting inward investment (gateway to Europe concept like Ireland) with low corporate tax rates is used I suspect an EU backlash may result. Pushing down the £ FX rate a few years ago did not go unnoticed. And, if the Euro survives it’s hard to see it holding its current strength if, as most expect, printing a lot of new money will be needed to bail out weak EZ countries which assuming little is sanitized QE will restart UK QE to continue the “currency wars”.

2 years ago I told Jon Moulton when he was indicating support for the latest government plan to cut public expenditure to increase private investment etc., that I couldn’t see sufficient aggregate demand anywhere to support this plan.

Lo and behold, government borrowing is now forecast to be less than 1% different than would have been Labour’s plan. Growth is going to be flat for years at close to zero.

Meanwhile articles such as this cause much head scratching amongst the talking heads.

A little data that makes me smile:

England is twice as crowded as Germany, three and a half times France and has more people per square km than India.

Sorry this is short and rambling but there is not a lot, good or bad, to report 🙂

Is this really the end?

Unless Germany and the ECB move quickly, the single currency’s collapse is looming”

How to stop the bogus bonus

Successful oversight is going to require more transparency about what trades are being made. But transparency is a scarce commodity

“It used to be so easy to “earn” a performance bonus in financial services. Step one: agree a contract whereby you are paid if you exceed a modest benchmark with the funds you are managing. Step two: borrow money and invest it in risky assets. Step three: profit! Step three does not follow automatically, of course, if the risky asset does not pay off. But from the point of view of the fund manager and his bonus, itā€™s a case of ā€ heads I win, tails the investor loses.

And a very good review of the current status, focussed mainly on Europe (UK is a side issue) from [John Mauldin, writing at Barry’s “The Big Picture”].

Changing the Rules
When Even Germany Fails
European Inverted Yield Curves
Time to Review the Bang!Moment
The Risk of Contagion in the US
Time to Start Watching China
New York, China, and Some Links

What’s the matter with Spain?

What’s the matter with Italy?

Is the euro about to capsize?

Too-clever banking may have played a role in getting us into the economic and financial mess we’re in.

But the Treasury hopes that a bit of financial engineering of its own will help to get us out.

The Chancellor, George Osborne, is aiming to use limited quantities of taxpayers’ money to unlock private-sector cash and to stimulate activity by private-sector businesses, at a time when those businesses are scaling back investment and expansion ambitions.

The most eye-catching initiative, which goes by the name of credit easing, could reduce the interests costs on £20bn of loans for small and medium size businesses by around 1% over the next couple of years.

Then there’s a separate proposal to subsidise to the tune of £1bn the creation of new private sector funds that would lend to all but the very biggest businesses – in competition with the banks that currently dominate business lending.

Pushing on a string?

ECB couldn’t inflate even if it wanted to: Warren Mosler http://t.co/0J7zWyKA

If true, is this good or bad news for UK (and US)? It seems to imply that ECB could print (without sterilisation), not weaken the Euro and EZ could take over from US as the the world’s consumer of last resort.

Somehow I doubt it 🙂 The newly printed Euros would eventually get sold for $s, Yuan etc. to pay for increasing imports while EZ exports slump. Then the fake status of a kind of “reserve currency” would become obvious to investors in Euro denominated debt …. etc.

Or can everyone play the Japanese game now …. until no-one can?

Germany and the Eurozone: Clutching disaster from the jaws of victory?

For months economists have been arguing that Germany holds the key to ending the Eurozone crisis. Should it relax its anti-inflation stance and allow the ECB to inflate away sovereign debt? Or should it write a cheque of its own to the EFSF? Neither, says this column. There is a simple solution, if only Eurozone leaders can see it. Eurobonds are the answer – but wiith conditions.

This might be close to the real plan. But does it address demand? Not directly, but a halt to the EZ crisis might help sentiment, bearing in mind that the EU is the world’s largest economic zone. Therefore this would be good for UK (and US). 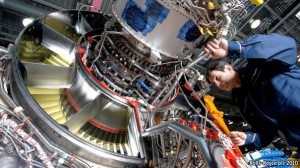 Its effect on the economy is even mightier

THREE decades ago a Conservative government led by Margaret Thatcher removed many of the props that had supported manufacturing, revealing its weakness and causing factories to collapse. Now manufacturing is modish. The business secretary, Vince Cable, talks of polishing the image of an industry associated with dirt and decline, and of rebalancing the economy away from financial services toward more tangible stuff. On November 17th David Cameron attended the launch of a new engineering prize and opened a factory in Surrey that will make 4,000 expensive supercars a year.

In the early 1980s about 6m people worked in manufacturing; today the figure is barely 2.5m. Once-famous firms such as British Leyland, GEC and ICI have fallen apart or been taken over and dismembered. Stronger growth in other sectors means manufacturing has slumped from 25% of the economy to 11% today. Yet manufacturing output was rising before recession hit in 2008. Foreign firms like Nissan, Honda and Toyota opened car factories that became efficiency leaders in Europe, taking British car production back up to 1.5m vehicles a year. Some four-fifths of the output of such factories is exported.

China was once before the world’s leading manufacturer — way back in 1830, the country was responsible for 30% of the global industrial output.

Juergen Stark explains ECB opposition to monetisation is not about inflation

Conclusion: central bankers always prefer to force elected officials to make the tough political choices that are the essence of fiscal policy. The fiscal agent adds and subtracts net financial assets in the private sector by deficit spending, or cutting spending and raising taxes. Central bankers want the fiscal agent to use these tools as the driver of macroeconomic policy while the monetary agent is tasked with more narrow aims.

This is why the ECB is what I call a “fake” central bank, hence the Euro is, perhaps, a “fake” currency.

In an interview with the Frankfurter Allgemeine Zeitung, a leading German broadsheet, the ECB chief economist explained his resignation and that of Bundesbank head Axel Weber in terms very similar to these. The argument is clear. Whether the ECB eventually is forced to take on this quasi-fiscal role by the escalating sovereign debt crisis is another matter. I have said the ECB will be forced into this role because of Italy, though I do have my doubts.

Below is my translation of the Stark interview. Note his commentary on commodity and asset-price inflation and the distortionary asset-based economic model based on cheap money that is practiced in the US. His is a framing of the problem with which I agree due to the altered private portfolio preferences this Greenspan/Bernanke put engenders.

However, I do not agree with Stark’s framing of deficits as the “root causes” of the crisis. Spain and Ireland had no deficits pre-crisis. The problem was the incomplete institutional arrangement of the euro zone currency union. Any solution that does not address this will fail.

Also notice his framing of the Eurobond/fiscal union issue. He doesn’t rule out Eurobonds. Rather, he says it must be fiscal/political union first and only then Eurobonds.

Political union is a dream, fiscal union may be possible but will still take years to achieve, meanwhile …

According to Austrian daily Der Standard, Italy is to receive a 600 billion euro bailout courtesy of the IMF. Note: the article has what I assume to be a typo, referring to 600 million euros instead of 600 billion. I have fixed that in the translation below. Also note that the ultimate source of this information is La Stampa, an Italian daily newspaper.

So, indirectly the US taxpayer may now be on the hook to the ECB and Italy too. But, of course, the IMF never takes a haircut 🙂

RT @economistmeg: The EUR600bn IMF plan might look something like this (as I did the calculations 10 days ago) http://t.co/069tXbnW

edwardnh:
There’s a lotta lotta going on in Europe this weekend. throwing stuff on the wall to see what sticks. I anticipate a strong market reaction

RT @trumanfactor: “When a central bank has financed states in grand style, it has always led to disaster.” (Juergen Stark) http://t.co/ORCLQGKT – via @polit2k

John Rentoul: Labour wakes up, fuzzy and too late

As Osborne fiddles, Miliband, rather belatedly, is beginning to think about balancing the books

Alternative title: “2 men in a boat … up the creek … without a paddle between them”

PS: And more tweets from @economistmeg:

The Entire Sovereign Debt Crisis Can Be Understood By Looking At Sweden Vs. Finland
Read more: www.businessinsider.com/sweden-vs-finland-2011-11

Is the ECB now being seen as a fake CB because it denies LOLR role? In a crisis investors look much further than they normally do when doing risk analysis.

Would you have any interest in writing a Special Issue for us?

OK with me. Bit of a mouthful?

RT @Nouriel: Only way to get €600bn to italy is to combine IMF, NABB, ECB/SMP, new SDRs & bigger EFSF. To get there EFSF has to be turned into a €1tr ESM.

Should the Fed save Europe from disaster?

ZekeJMiller‚
Obama and EU leaders will make statements at 1:40 tomorrow. Will discuss the global economy in the Roosevelt Room.

This time it’s Steve Keen on the hot seat on HARDtalk. Now, Steve is one of the few economists who actually predicted the global financial crisis. But what about the possibility of another Great Depression? That possibility and how to avoid it were the topics of conversation in this 25-minute interview. Great stuff.

“Italy’s disastrous bond auction on Friday tells us time is running out. The eurozone has 10 days at most.”
RT @pkedrosky: .@zkiraly If you can’t access the Munchau piece in FT, try this: http://t.co/riBynPU2