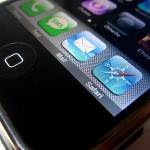 NPR recently reported on how your company’s IT department can wipe out your smartphone if you use it to retrieve email from work. Strategic News Service publisher Mark Anderson says it’s a two-way street: employee phones can also breach corporate security.

He spoke to KPLU’s Dave Meyer. Click here to listen to their conversation.

Mark sees a growing divide between the enterprise and consumer markets, with RIM’s Blackberry and Microsoft’s Windows Phone 7 appealing to security conscious corporate customers, and Apple’s iPhone and Google’s Android appealing to the rest of us.

Although Apple is perceived as more secure than Microsoft when it comes to personal computers, Mark says Microsoft is ahead in smartphone security.

“The whole idea of security is splitting these markets into ways that neither Microsoft nor Apple probably intended.”

According to Mark, you can have security, or you can have hundreds of thousands of cool apps, but you can’t have both.