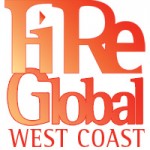 FiReGlobal : West Coast is proud to announce that Twisted Pair Solutions has been selected as a FiReStar company to be featured at the FiReGlobal : West Coast conference. FiReStar companies, both local and global, are pre-selected based on their potential to bring positive change to the world. These companies will be showcased throughout the conference, and at a FiReStar reception, during which local and global investors will be given the chance to meet company officers.

Twisted Pair Solutions is the recognized leader in software technology used to solve the communications interoperability problems that occur between individuals and groups using incompatible equipment. The company’s WAVE® software lets partners and customers build and operate secure and scalable communications systems in the world’s most demanding environments, providing mission-critical capability for all branches of the military, for Federal, State and Local government agencies and for commercial end users of all sizes.

“We are excited to be a part of this Northwest event and are honored to be recognized for our global efforts to protect lives and transform business communications,” said Tom Guthrie, President and CEO of Twisted Pair Solutions.

“Twisted Pair has already achieved what many communications companies and customers have dreamed about for years: reliable, scalable unified communications.  As they move these technologies from the military to the civilian world, all of us will benefit,” said Mark Anderson, CEO of SNS, Chair of FiRe and FiReGlobal : West Coast.

UW Professor of Oceanography and Director of the Regional Scale Nodes Program; and Mark Anderson.

To register, go to www.futureinreview.com/global/wc.